Legends of Aereven: Lunar Wake is an action-adventure game inspired by Zelda. 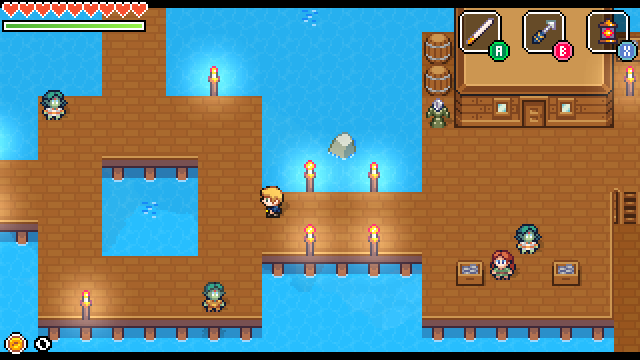 Explore a world covered by the sea

The people of Falern have a tradition: young adults desirous to leave the island must first complete a wake at the Lunar Temple.

But it's been years since anyone reached the temple, and these days terrible storms plague the ocean. Leaving is not an option.

And yet, here comes young Lloyd, dreaming of adventure and itching to follow in the footsteps of his missing parents.

Many traditional items like the boomerang or hookshot make an appearance as you explore the overworld and the seven dungeons.

Solve puzzles and fight a legion of monsters and fearsome bosses! With 2 to 3 hours of gameplay and a post-game extension that add an entire dungeon and two new bosses!